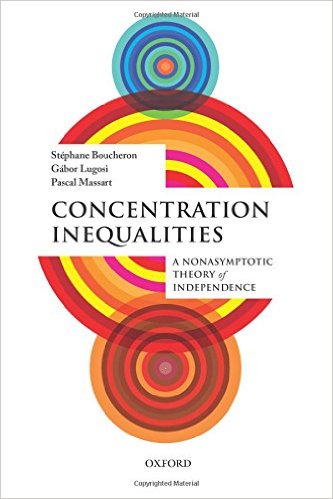 This monograph presents a mathematical theory of concentration inequalities for functions of independent random variables. The basic phenomenon under investigation is that if a function of many independent random variables does not depend too much on any of them then it is concentrated around its expected value. This book offers a host of inequalities to quantify this statement. The authors describe the interplay between the probabilistic structure (independence) and a variety of tools ranging from functional inequalities, transportation arguments, to information theory. Applications to the study of empirical processes, random projections, random matrix theory, and threshold phenomena are presented. The book offers a self-contained introduction to concentration inequalities, including a survey of concentration of sums of independent random variables, variance bounds, the entropy method, and the transportation method. Deep connections with isoperimetric problems are revealed. Special attention is paid to applications to the supremum of empirical processes.